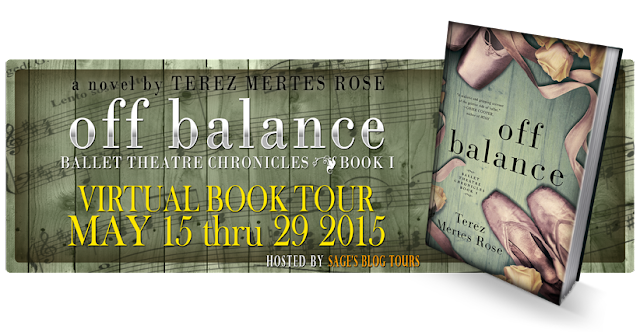 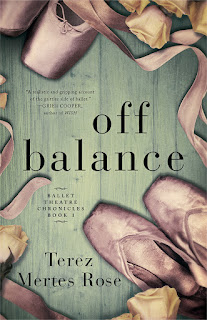 Why did you pursue writing?

Years back, before I considered myself a writer, I unconsciously incorporated huge amounts of writing into my job in the hotel industry and later, as a sales representative for a furniture rental company. In fact, I can’t help but chuckle now, thinking that, in some ways, the latter job’s route journals were my first books. The company expected its outside sales representatives to maintain a log detailing sales calls, as one might expect, preferably a book for each route/day of the week. They’d created a photocopied call report, but I ignored that and created my own setup. So much of the job involved popping into multiple apartment complexes each day and just writing a few lines about each. Ten pages of dry reportage? Why waste the paper? Instead, I created something more like a journal. Much easier, the latter. It began to craft itself into a quirky, funny—to me, at least—recounting of a day in the life of a sales representative. When I left the job, two years later, I was saddest to leave those now hefty books behind. I have a hunch the other reps secretly hated me, because management caught wind of my efforts and used to parade the books around as to how they should be done. The other reps would stare incredulously, first at the books, then at each other, surely thinking, oh, right. As if. Writing became a career of default less than a year later when my husband and I were expatriates living in London. He was the one with the job, and it required frequent travel. To places like Paris, Milan, Frankfurt. So I went along (heck yeah!) and while he was in the meeting, I’d wander the city and do what I’d been doing at my other job: take notes of my surroundings, the people, the food, the adventures that sprang up as a result of my American idiocy and cultural miscommunications. Back home in London, the writing would continue to pour out of me, as both a meditation and therapy. Probably the most idyllic years of my life, this traveling and writing. When we came back to the U.S. two years later, I couldn’t bear the thought of returning to sales. My husband, who’d seen how happy I was devoting five hours a day to writing, every day, told me to just keep writing. Lucky, lucky me, huh? So I did. That was twenty years ago and I just never stopped writing.

What inspired your book?

I wrote my first novel in 2002 about a ballet dancer who runs off to Africa to escape her problems, only to encounter thornier ones there. I spent over two years on it, lovingly crafting it, and while it didn’t earn me an agent, it impressed one enough to say “great stuff but a tough sell. Keep me in mind, though, for the next one.” Well, two years and a polished manuscript later, turns out she hated the next one, but she still liked my writing enough to chat with me, discuss what she felt my strengths were as a writer. “Why not a ballet novel for the next one?” she suggested. “I loved what you wrote about ballet in your Africa novel. It’s a fresh topic [particularly back in 2006] and I think editors would take interest.” The conversation took place on a Friday afternoon, and I told her, with a confidence I didn’t feel, that “sure, I can make this happen! Let me tootle around with some ideas over the weekend and I’ll touch base early next week.”

Well. I am simply not that talented a creative writer. Essays, I can whip off in a few days’ time, but novels? Even the core idea? Yikes. I finished the call, wandered outside to my front yard, and began walking in small circles, thinking, shit - what have I done? Because every aspiring novelist really, really wants an agent, and this was an agent I’d targeted as someone I really wanted to work with. I went to bed that night, mind blank, in a mild panic. Saturday, all day, I cast about for ideas with little success. And then, on Sunday in yoga class, it all came to me, spilling out like a tipped over jar of honey. An ex-dancer (like me). A rising star dancer (never like me, but ah, every dancer’s fantasy, right?). Romance (always my favorite writing topic). The struggle to actualize not just professionally but internally. The struggle to face the difficult things in life you keep running from (a recurring theme in all my novels). The way friendships can both nourish and challenge you. All amid the glorious backdrop of the ballet world, where I’d devoted so much of my time, energy, love and attention, through my adolescence and young adulthood.
In the course of one afternoon, OFF BALANCE was born. I tore out of that yoga class, hurried home, hastily sat down in front of my desktop and stopped writing only to make meals for my family, get some sleep, get my son off to elementary school and various mandated afterschool activities, but my mind was always, always, inside my story. Three months later I had it, the first draft of OFF BALANCE.

How long have you been publishing your work?

Since 1998, and it was a thrilling experience that year, having a travel essay published in Big World, a now-defunct travel magazine. I’d been intensely focused on producing essays and creative nonfiction for two years, and submitting my work for publication for a year, with piles of rejection letters to show for it. Nothing beats the sweetness of that first acceptance letter, and those magic words: We love your work and would like to publish it.

I have a home office and a big desk that faces a white wall. Which may sound dull but it’s a great non-distractibility feature, because the window to my right looks out to the Santa Cruz Mountains and the gorgeous San Lorenzo Valley. (Beauty can be so distracting.) In the morning I always have a cup of tea by my side, a playlist of classical music playing quietly in the background. That, along with solitude, is my ideal writing environment. But life tends to get in the way of those pretty plans of mine. Fortunately, the compulsion to write runs deep in me, and no matter where I am, when the urge comes up to write, I will stop in my tracks, if at all possible, and just start to write. I have pads of paper and pen in the car, in the bathroom, one or two in each room of the house, and spiral notebooks throughout the house. There is nothing worse than losing A Really Good Line because you failed to get it down on paper. Which happens. Ouch!

What projects are you currently working on?

I maintain a performing arts related blog over at The Classical Girl (www.theclassicalgirl.com), which consumes a lot of my writing time. I review dance performances for Bachtrack, but now that the 2014-15 performing season in the San Francisco Bay Area has ended, I’m hoping to relegate more time to creating new material (Book 3 of the Ballet Theatre Chronicles, hopefully!). My completed Book 2, Outside the Limelight, goes off to the editor next month, and will be published in the fall. And then it will be time to revise novel #3, which is actually my novel #1, the “ballet dancer goes to Africa” one I referenced above. Black Ivory Tango. Romance, sex, a dollop of dance, set in Africa. Good fun. Can’t wait to get back to revising it, actually. 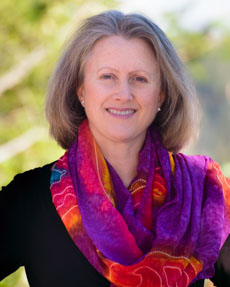 Terez Mertes Rose is a writer and former ballet dancer whose work has appeared in the Crab Orchard Review, Women Who Eat (Seal Press), A Woman’s Europe (Travelers’ Tales), the Philadelphia Inquirer and the San Jose Mercury News. She reviews dance performances for Bachtrack.com and blogs about ballet and classical music at The Classical Girl. She makes her home in the Santa Cruz Mountains with her husband, son and too many cats. She loves good food, good wine, and a good (but not too hard) adult ballet class. She also publishes under the name Terez Rose.


a Rafflecopter giveaway
Posted by Emily at 12:00 AM