Book Review: Cat in the Flock by Lisa Brunette 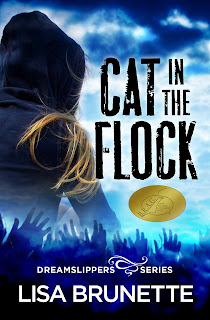 Genre: Mystery, Female Sleuths, Romantic Suspense
5-STAR REVIEWS FOR BOOKS IN THE SERIES…“This might possibly be a ‘great book.’” - Sharon E. Leighton, a reader in Canada, on CAT IN THE FLOCK“Lisa Brunette’s FRAMED AND BURNING is a brilliant, suspenseful whodunit…” - Anthony Award-winning writer of the Inspector Chen series, Qui Xiaolong“The plot runs deep, and the characters are both quirky and interesting. This is a total whodunit mystery that will keep you on edge until the very end!” - Sage Adderley, on BOUND TO THE TRUTHSERIES OVERVIEW:What if you could ‘slip’ into the dreams of a killer? This family of PIs can. They use their psychic dream ability to solve crimes, and that isn’t easy. In Cat in the Flock…Following a mother and girl on the run, apprentice dreamslipper Cat McCormick goes undercover inside a fundamentalist church. Is its enigmatic leader guilty of domestic violence? Did his right-hand man really commit suicide?In Framed and Burning…It was supposed to be a much-needed vacation in Miami, meant to snap Cat out of a persistent depression. But when her great uncle’s studio goes up in flames, killing his assistant, Cat must find out who’s really to blame.In Bound to the Truth…The dreamslippers don’t quite trust their client. Did Nina Howell really fall under the spell of a domineering, conservative talk show host—as her wife claims?PLUS explore Amazing Grace’s back story in the bonus story found ONLY in this boxed set! For readers who enjoy strong female leads, quirky, well-developed characters, and a dash of dating drama with their mystery. Fans of J.A. Jance, Mary Daheim, and Jayne Ann Krentz will love Cat and “Amazing” Grace!
Book Review:
Cat in the Flock is super awesome! There is so much mystery and suspense! I've posted spotlights of this series and it always peaked my interest. The dreamslippers are so amazing, I can't describe how much they fascinate me. Cat McCormick is such a great main character. She isn't cliche or confusing, she gets straight to the point and I love following her on this road of mystery. The overall writing style of Cat in the Flock is super straight forward and enjoyable! I can really see the car and effort Ms. Brunette put into this book, I am looking forward to try to read the rest of the series. Overall Cat in the Flock is five stars!
Author Bio: 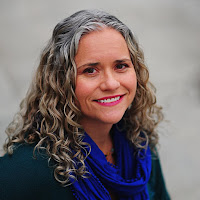 Lisa was born in Santa Rosa, California, but that was only home for a year. A so-called "military brat," she lived in nine different houses and attended nine different schools by the time she was 14. Through all of the moves, her one constant was books. She read everything, from the entire Nancy Drew and Trixie Belden mystery series to her mother's books by Daphne du Maurier and Taylor Caldwell.

A widely published author, game writer, and journalist, Lisa has interviewed homeless women, the designer of the Batmobile, and a sex expert, to name just a few colorful characters. This experience, not to mention her own large, quirky family, led her to create some truly memorable characters in her Dreamslippers Series and other works, whether books or games.

Always a vivid dreamer, not to mention a wannabe psychic, Lisa feels perfectly at home slipping into suspects’ dreams, at least in her imagination. Her husband isn’t so sure she can’t pick up his dreams in real life, though.

With a hefty list of awards and publications to her name, Lisa now lives in a small town in Washington State, but who knows how long that will last… 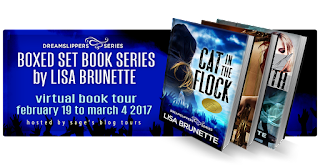