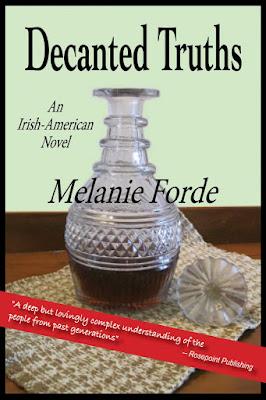 For Irish immigrant families like the Harrigans and Gavagans, struggle has been the name of the game since they arrived in Boston in the nineteenth century. For twice-orphaned Leah Gavagan, who comes of age in the Depression, the struggle is compounded by bizarre visions that disrupt her daily life -- and sometimes come true. She has difficulty fitting in with her surroundings: whether the lace-curtain Dorchester apartment overseen by her judgmental Aunt Margaret or the wild Manomet bluff shared with her no-nonsense Aunt Theo and brain-damaged Uncle Liam. A death in the family disrupts the tepid life path chosen for Leah and sets her on a journey of discovery. That journey goes back to the misadventures shaping the earlier generation, eager to prove its hard-won American credentials in the Alaskan gold rush, the Spanish-American War, and The Great War. She learns of the secrets that have bound Theo and Margaret together. Ultimately, Leah learns she is not who she thought she was. Her new truth both blinds and dazzles her, much like the Waterford decanter at the center of her oldest dreams -- an artifact linking three Irish-American families stumbling after the American Dream.

Decanted Truths tells a story about an Irish-American, Leah Gavagan, who struggles to find herself in the Great Depression and Prohibition Era. During the novel, Leah deals with her “sight,” something that connects her to her family's elders. Many truths come out as family members pass, and secrets are revealed.

The author did a wonderful job with character development. I can definitely tell that she put her whole heart into creating each character detail and making sure each person had a purpose. Decanted Truths is a very well written historical novel, as you get deeper into the story, you understand what each person is experiencing in this time period, and Leah connecting with her roots. Leah is at the beginning of her journey of adulthood. I could see the struggle of her trying to grow into her adult role, yet her childhood kept her from just barely reaching that.

Decanted Truths is perfect for anyone who wants to get invested in a novel full of secrets set in early Boston. I think this is a wonderful book to dive into and get sucked in! 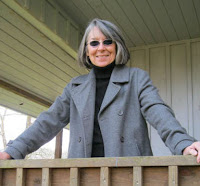 Raised in a Boston Irish family, Melanie Forde knew her life was infinitely easier than that of her ancestors, refugees from the Potato Famine. The storytelling skills of her elders kept ancestral triumphs and tragedies alive, so that the Potato Famine and the Easter Rebellion felt as real as the Cold War. Inheriting the storyteller gene, Ms. Forde is the author of three earlier novels, her Hillwilla trilogy. She now lives far from her roots, on a West Virginia farm. She still maintains a potato patch—just in case.